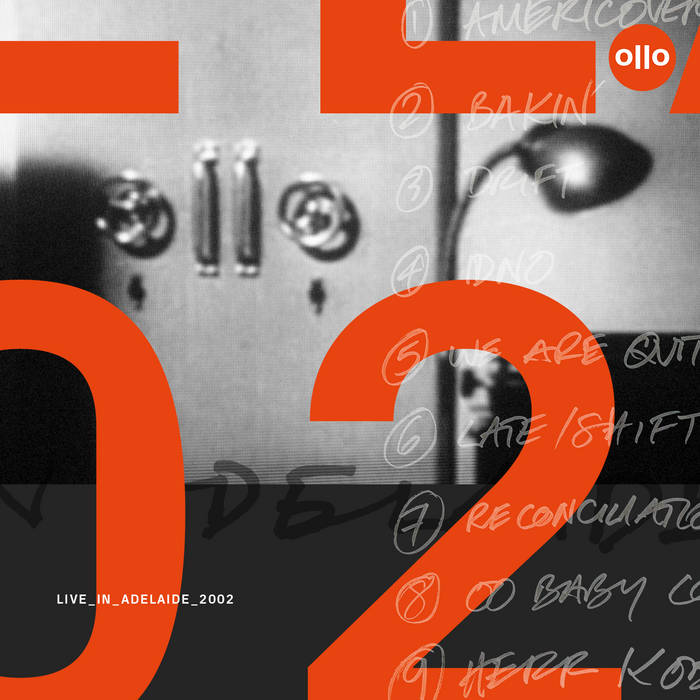 It's twenty years since the release of 'Sleeper'. I found an old recording of ollo live back then and decided to share it – ollo live in Adelaide in 2002.

These were the early days and in this case early in two senses - we played at four in the morning. We were supporting our dear friend the UK's Neotropic (Riz Maslen) on a tour that also took in Sydney, Melbourne, Brisbane and Byron Bay.

It's hard to believe now but when this set was recorded we had played Melbourne the night before, and I'd driven us to Adelaide that day. After this Adelaide gig I grabbed a few hours sleep and then drove us to Sydney, a thirteen hour drive. I remember asking Lars to change the music in the car at one point because the sound art he was playing sounded like a mechanical fault, which was disconcerting considering I was driving at dusk through roo country. Somehow we arrived in Sydney in one piece.

We paused for a day or two before driving North. In Melbourne Ben Frost had lent Riz a guitar amp which we used in some improvised sessions together - Riz on guitar, me on Korg MS20 and Lars creating loops. These sessions ended when smoke began pouring from the amp. I have recordings of those sessions somewhere too.

Exploring music with disregard for genre since the last century. Now includes side project The Nethered.