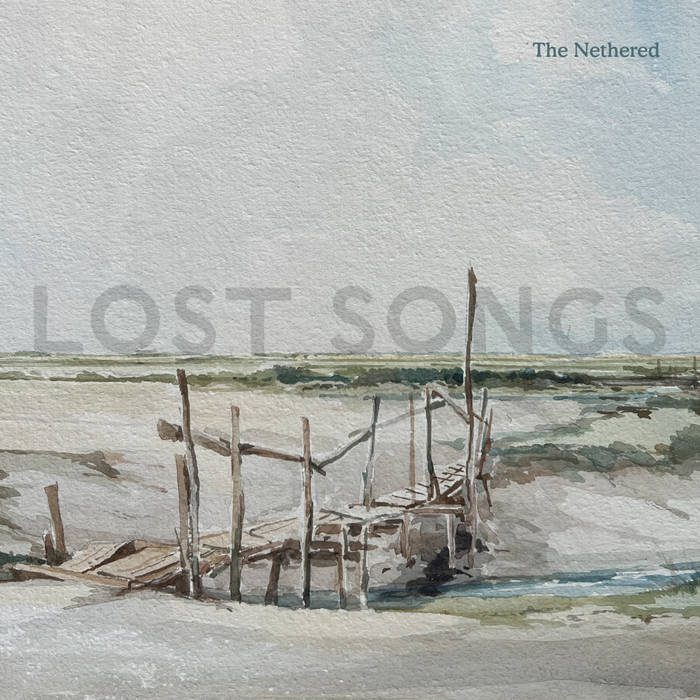 This an album about loss. Most of it was written and recorded alone in an off-grid house in the Australian bush.

It's my first album in ten years. It didn't feel like ollo, and so it has a new name.

I began writing after the death of my Auntie, the last of the older generation of my tiny family, and after I ripped myself away from the land of my birth for a second time. I'm not one for looking back but, pandemically unemployed, I allowed myself to dwell in the past mentally. Unexpectedly, by allowing myself to spend time with the land and the people I came from, that experience allowed me to think about and gain a deeper awareness of the First Nations concept of 'country'. I don't pretend to know what it's like, but I feel I went from hearing to comprehending.

This album is full of stories, both true and imagined. Even the cover image and typefaces have stories.

It sometimes includes Norfolk history and dialect words, but makes no claim to "folk authenticity" - I deliberately chose a Chinese gourd flute as a key instrument as one way to make that clear.

Most songs are set in Norfolk, with the final two in Australia where it was written.

The heart of this album was recorded where Wonnarua country meets Geawegal country. The remainder was recorded in Bulanaming (Marrickville) on Gadigal country of the Eora nation. I acknowledge the traditional custodians of these lands, which were never ceded. I offer my respect to elders past and present, with a special mention for all the Aunties.

Everything by Alex Crowfoot except:

The Long Goodbye written by Liz Martin and Alex Crowfoot

Drums and percussion on all tracks except 1 and 3: Hamish Stuart
Hamish plays Gretsch Drums and Craig Lauritsen Cymbals

'Into The Marshes' contains elements of "The Bitter Withy" and "Died for Love" performed by Hladowski and Joynes, with the kind permission of C Joynes and used under licence from Leith Hill Recordings

To the love of my life Lars, this album wouldn’t exist without you

C Joynes for graciously allowing me to use his work to make mine better, and for spending time helping a stranger.

Eternal thanks to Liz Martin and Hamish Stuart, whose artistry lifted me, and Jim Moginie for his beautiful recording.

Cover Image: The Old Bridge At Morston, by Jason Partner
Design: Alex Crowfoot
Typefaces: I used Cooper in memory of my grandmother Ivy Cooper and her sisters, and the letterforms of "two Line English Egyptian" the 'lost' Caslon font

Exploring music with disregard for genre since the last century. Now includes side project The Nethered.